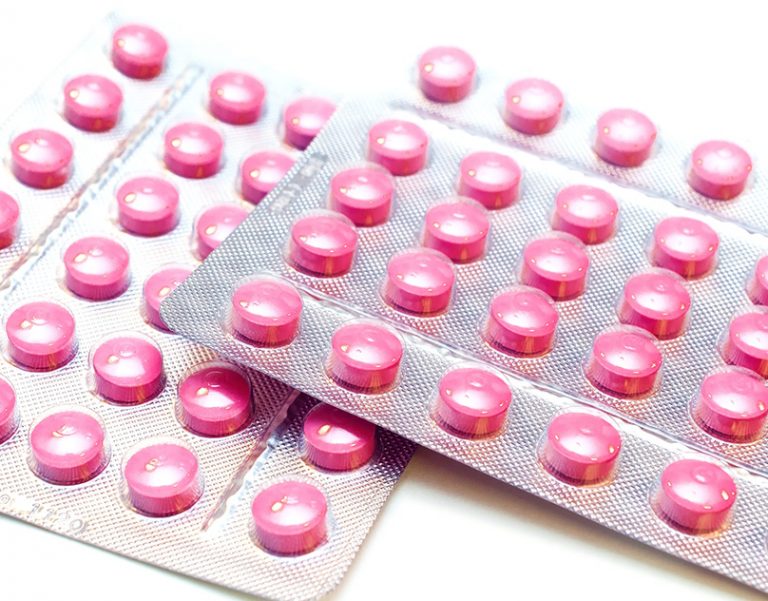 Is it possible today to find a modern, affordable and 100% effective method of contraception? So that with a minimum of side effects?
How many more questions are faced by a woman who wants to reliably protect herself from unwanted pregnancy?
The lack of understandable information leads to an increase in the percentage of abortions and unplanned pregnancies. I propose to understand this issue.

Analysis of different types of contraceptives
To begin with, there are several methods of contraception, and each group is assessed by the Pearl Index (PI). This is the number of pregnancies occurring in 100 women during the year using one method or another (the lower the index, the better). 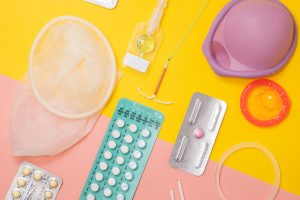 With a regular menstrual cycle, “dangerous” and “safe” days are determined. For example, with a cycle of 28-30 days, a couple should refrain from unprotected intercourse from about 8 to 19 days, when the risk of pregnancy is highest.

Is free. No side effects. Unreliable. Is it worth it? If you and your partner are ready for all the twists and turns of fate, trust each other 100%, you can try.

The story is similar to the one described above. Ready for a baby in case of an “accident”? Practice. There are always many questions about the possibility of pregnancy, even if ejaculation did not occur in the vagina.
Large-scale studies have not been carried out, but it has been proven that pre-ejaculate (a clear fluid secreted from the penis during intercourse before ejaculation) can contain active sperm, although there are men who practically do not have them.
This fluid is stored in the urethral canal and the pregnancy rate is higher with frequent intercourse. For many couples, this method of contraception has been successful for a long time.
I also want to draw your attention to the fact that if pregnancy does not occur with PPA (interrupted intercourse), this does not mean problems with conception! You should consult a doctor after 12 months with regular (2 times a week) sexual activity without contraception and ejaculation in the vagina.
Does not protect against infections. Be careful!

Male and female; latex and polyurethane; with smells / tastes / light effects – whatever your heart desires! Contraceptive effect – almost 100%, the same degree of protection against STIs (sexually transmitted infections).
Each package contains instructions, but remember to change the male condom after each intercourse and the correct size selection! As for female devices, they can be used for several hours in a row (up to 6 hours!) And only then thrown away.
Such a large Pearl index (in comparison with the same hormonal pills) is due to:

improper use of condoms,
using oil-based lubricants (latex product may tear),
savings and the purchase of low-quality goods (it is better to purchase these types of contraceptives in a pharmacy).
Minimum side effects with very high protection!

These are substances that inactivate sperm in the vagina, preventing their passage into the uterus. The form of release is different (foams, jellies, melting candles, foaming candles and tablets, soluble films and sponges). Everything is used locally, that is, it is inserted into the vagina by a woman.
Can be used in any period of sexually active life: both adolescents and lactating women. Someone uses the means as an independent method of contraception, but most often a combination with a barrier method of contraception is recommended.
They may protect against infections to some extent, but there is no evidence to support high safety. You should also be clearly instructed, because each form of release implies its own way of use, including in time. Well, do not forget about possible allergic reactions.

(PI depends on the time elapsed after childbirth, on average 2-10)

The method is considered very reliable if a woman breastfeeds 24/7, including necessarily at night, the break between feedings is no more than six hours, and there is no menstruation. But you should know that even in the absence of bloody discharge, ovulation can occur and pregnancy can occur.
Mothers should see a gynecologist who can help them choose the most appropriate method. Please note that hormonal contraception is only allowed six weeks after childbirth, and COCs (combined oral contraceptives) are completely prohibited for the entire period of breastfeeding.
You do not need to completely trust this method of contraception, especially five months after delivery.

Yes, they are hormonal (with levonorgestrel), and ordinary, that is, copper. Both varieties are also allowed for lactating women, and even their installation is practiced immediately after childbirth, but then there is a high probability of expulsion (loss).
The spiral has the shape of the letter T, at the end of which there are “antennae”, is introduced after examination by a gynecologist and exclusion of acute inflammatory processes. The procedure is almost painless and allows you to reliably protect a woman from unwanted pregnancy for a period of three to five years.
An IUD (intrauterine device) is also used to treat endometriosis or when menstruation is heavy, leading to complications such as anemia. When installing the copper version, unprotected sex is allowed immediately, after using the hormonal one – after seven days.
This device copes with its contraceptive task by thickening cervical mucus (sperm are unable to enter the uterus). In the uterus itself, it also prevents the embryo from attaching. In addition, when it comes to the hormonal coil, then levonorgestrel blocks ovulation, and fertilization does not occur.
It is necessary to see a doctor after installation in 3-4 weeks for an ultrasound scan. For adolescents and women who have not given birth, this type of contraceptive is also allowed.
Everything seems to be fine, but! No spiral can kill the infection.

There are also many options:

Tablets (consumed every day at the same time with a maximum allowable difference of +/- 3 hours)
Injection forms (depot, used four times a year)
Implant option (“implanted” subcutaneously from the inside in the shoulder area for three years)
Such drugs are designed for lactating women, as well as for those for whom combined contraceptives with estrogens are completely contraindicated. These include women over 35 who smoke who have: 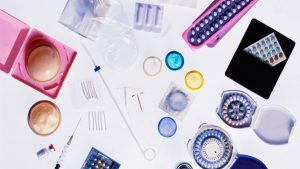 History of strokes
Hereditary thrombophilia
Migraines with aura
Past or present breast cancer
Complications of long-term diabetes mellitus
Let’s take a closer look at each group.

Progestin pills, or mini-pills, contain only one group of hormonal substances (progesterone series) and prevent fertilization by suppressing ovulation, increasing the viscosity of cervical mucus, making the endometrium “unusable”, thin for embryo implantation.
You can start taking it six weeks after giving birth, continuously. When taking menstruation, there are no at all, but it must be borne in mind that there are side effects: menstrual bleeding, decreased libido, soreness of the mammary glands, a slight increase in body weight. The main word “happens”, since it is not at all necessary that all of the above will be found in your place.
An ideal method when the couple has a regular sex life and complete trust (after all, there is no need to use a condom).
A few words about the injection method. You don’t have to constantly think about when you should take your pills, buy condoms, or run to the bathroom just before intercourse. It is an effective method of contraception with timely repeated injections.
You can use it until menopause, but you should know that this method greatly reduces bone mineral density. If this method is nevertheless closer to the heart and other organs, get rid of bad habits, add light physical activity and calcium supplements to your daily life.
What kind of implant? A well-prepared device in the form of a pen with a small blade at the end, charged with a “bomb” with a hormone, gets under the skin with one light movement of the gynecologist’s hand.

The method is completely reversible at any time. Of the specific side effects: soreness at the injection site during the first few days.

It is possible for lactating women as early as six weeks after giving birth.
It is possible for those for whom estrogen-containing drugs are contraindicated.
You can choose the most suitable method for each woman and case.
The most common side effects are slight weight gain, breast tenderness and decreased libido.
All methods are reversible, and pregnancy is possible already in the next menstrual cycle after cancellation.
Combined contraceptives (PI <1)

Hormone patch, vaginal ring and demonized pills (COCs).
As the name implies, they are distinguished from the previously described group by their composition: these drugs contain both progesterone and estrogen (ethinyl estradiol, to be more precise).

We stick the plaster on the skin, and now you are already safe! On dry skin of the shoulder, buttocks, back or abdomen, once a week, on the same day, we attach a flesh-colored plaster containing hormones on its inner part.
Yes, it can be accidentally washed off with water, it can catch on clothes and come off, it can be noticed, which violates the privacy of the method of contraception, and also do not forget about local allergic reactions. The main thing is to notice in time a defect in adhesion or loss of a patch: a woman has 48 hours to protect herself from unwanted pregnancy.

There are also pluses, of course:

The active substance does not pass through the liver.
Fertility (the ability to get pregnant) is quickly restored.
Few side effects.
Now to the know-how of contraceptives: the vaginal ring. Independently, a woman is installed in the vagina once every three weeks. An original way of receiving a combination of hormonal substances. Within 21 days, the required amount of progesterone and estrogen is absorbed into the body through the genital mucosa. Then we take out and get a menstrual reaction.

In my opinion, one of the best methods of protection: 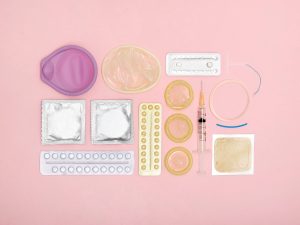 You will not miss / forget / lose your contraceptive.
The partner does not feel this adaptation.
You really are under reliable protection, apart from infections, of course. Hormones cannot kill alien agents.
COCs (combined oral contraceptives), that is, it is progesterone + estrogen, which are taken daily by mouth.
At the moment, this is the most studied group of modern methods of contraception. In the 21st century, the use of high-dose drugs is a thing of the past, along with unwanted side effects. All a woman needs is to find a competent specialist, undergo a small range of examinations and choose the most suitable combination. The price category is comparable to the methods described above.
What should you pay attention to? On your life history, existing diseases and the desired effect of the admission. Of course, here we are talking exclusively about contraception, but with the help of pills, you can get rid of some of the symptoms that interfere with a comfortable life (heavy and painful menstruation, acne, hirsutism, increased sensitivity of the mammary glands in the middle of the cycle and before menstruation, etc.).
Is it reliable? Undoubtedly, but only if the woman follows all the recommendations for admission and carefully reads the annotation for missed pills. COCs begin to be taken from the first day of menstruation (when spotting begins) or from the fifth day (no later), and then an additional method of contraception should be used for the first week.
Release form for 21, 24, 28 tablets, there are also drugs with prolonged action. Yes, yes, every woman, together with a gynecologist, can postpone menstruation for the time of rest, a date, for example, or sports competitions.