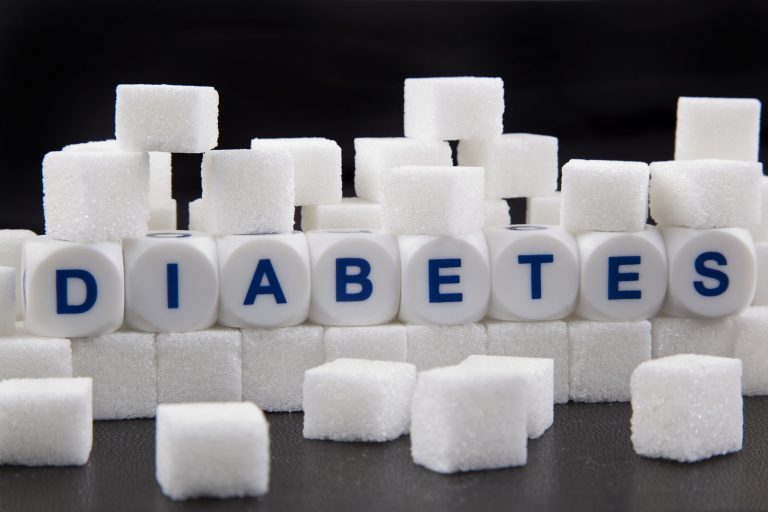 Something begins to tire the modern way of presenting information, especially of a medical nature.
Now there are a great many blogs, everyone writes something – who can and who can not, actively accompanying the text with photographs of themselves in “different poses” :). Medical information is often “copied (copied)” from each other, as a result – nothing new and interesting, and most importantly little reliable and truthful.

Therefore, in this article they will not write a theory, they talk and write about diabetes so much, in the end it is not only not cured, but often they even cannot compensate for blood sugar decently. I would like to present and describe all the variety of forms of diabetes encountered, to try to reflect that not everything is so simple and that diabetes is divided not only into types 1 and 2 … And the best way to present this is clinical cases from practice. 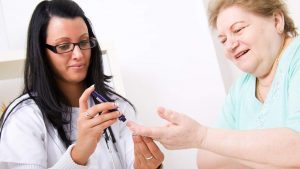 Diabetes mellitus type 2 for more than 15 years, was on therapy with PSSP (oral sugar-reducing drugs) for a long time, first on therapy with 2 types of drugs, then with 3 types of drugs, over time – PSSPs ceased to “restrain” the increasing glycemia, was transferred to insulin therapy, but the combination, the selection of different insulins, did not compensate well for the high blood glucose levels. As a result, intestinal carcinoma was detected, after the operation he lost weight, returned to therapy with 2 types of PSSP, insulin therapy was canceled. Keep blood sugar in the range of 6-7 mmol / l.
Conclusion: in case of symptoms of long-term non-compensating diabetes, especially with an active change in therapy (its complication), especially in young people 45+, it is necessary to exclude oncopathology of any nature.

Woman, 45 years old.
Diabetes mellitus type 2 (?) Developed against the background of normal weight. Antibodies to GAD (an autoimmune marker of pancreatic inflammation were negative). Received 2 types of PSSP. She rarely came to the reception, once a year. At the 5th year of the course of diabetes, she began to actively lose weight, blood sugar increased – she was transferred to insulin therapy, weight did not recover, blood sugar continued to rise, on ultrasound of the OBP – a pancreatic tumor, confirmed later by MRI of OBP, the tumor was detected at a late stage. With active questioning of relatives – two direct relatives in the family – pancreatic cancer with an early outcome up to 55 years.
Conclusion: as in the first case.

Woman, 37 years old.
The increase in blood sugar gradually over the course of a year, the maximum figure is 11 mmol / l.

There is no diabetes mellitus in the family.
Normal weight, not actively losing weight.
The examination revealed a high titer of antibodies to GAD (GAD), confirmed 2 times and a decrease in the reserve of the pancreas (by a decrease in insulin and c-peptide of the blood h / z 1 hour after meals). The LADA diagnosis was confirmed – diabetes. The decision was made to lead on PSSP, so there is no ketoacidosis. Within 4 months without insulin therapy, blood glucose is maintained at 5-6 mmol / l.

Woman, 37 years old.
During pregnancy, gestational diabetes mellitus was detected, according to the words, which could not be compensated for with high doses of Lantus (more than 22 units / day) and Novorapid (more than 12 units / day), after childbirth, blood sugar continues to rise above 8 mmol / L on an empty stomach against the background of insulin withdrawal !

On examination, antibodies to pancreatic cells were not detected, but the reserve of the pancreas was sharply reduced (the increase in insulin and c-peptide h / z 1 hour after meals was not more than 30%). Diagnosis: Type 1 diabetes mellitus, antibody-negative, detected during pregnancy! Further insulin therapy was prescribed, given the low reserve of the pancreas.
Conclusion: during pregnancy, it is necessary to carefully monitor blood sugar – in this case, the debut of sugar type 1, taken for gestational diabetes mellitus, occurred.

Male, 60 years old.
From the anamnesis, he was admitted to hospital 3 years ago with a blood sugar of 25 mmol / l, mild ketosis (urine acetone +), a diagnosis of type 2 diabetes mellitus was made, a combination therapy was prescribed – prolonged + short insulin. Who canceled on his own h / z 3 months after hospitalization, continuing to adhere to table number 9, for 3 years therapy with PSP and insulin does NOT receive !!! Blood sugar is kept at 5-6 mmol / l, and does not lose weight. The diagnosis is unclear.
Conclusion: in the tests carried out earlier and presented at the reception, there are no tests for antibodies to the pancreas, c-peptide, insulin, not to mention a genetic test for the type of diabetes. Missing examinations assigned.

Male, 28 years old.
Fasting blood sugar up to 8.0 mmol / l, after eating within normal limits, an increase was recorded several years ago. On a diet, glycemia is 4-5 mmol / l.
When examining, antibodies to the pancreas are negative, the pancreas reserve is preserved (insulin and c-peptide h / w 1 hour after meals are normal). That is, there is no data for either type 1 or 2 diabetes mellitus and no LADA. A decision was made to take tests to exclude MODY diabetes.
Conclusion: MODY diabetes is a rare, but still occurring form of diabetes, it is a consequence of a point genetic mutation of a different type, is divided into more than 13 subtypes, It is a copy of type 2 diabetes (but in young people).

Boy, 22 years old.
Blood sugar increased gradually, and the weight was low (initially). There was no ketoacidosis. The relatives do not have diabetes mellitus. When examining the function of the pancreas, a decrease in its function is gradual, without an increase in the titer of antibodies to GAD and insulin. He started treatment with DDP4 preparations, which is a type of PSSP. Gradually he was switched to prolonged insulin, then short 3-4 times a day for food jokes.
The function of the pancreas has sharply decreased over 4 years. Presumptive diagnosis: slowly progressive type 1 diabetes mellitus, without antibodies (seronegative).
Conclusion: the diagnosis of diabetes mellitus can sometimes be made only retrospectively, by assessing the course of diabetes “in time”.

Woman, 33 years old.
Examined with the aim of planning pregnancy for obesity, metabolic abnormalities were not identified. But the pregnancy was postponed by 1.5 years. After 1.5 years, she was re-referred by a gynecologist: a sharp increase in liver transaminases (ALT, AST, GGTP) by more than 3-4 times and an increase in blood sugar above 7.0 mmol / L, during the absence she gained weight. A detailed examination revealed – Diabetes mellitus type 2, insulin resistance, fatty hepatitis. Taking into account the planning of pregnancy, insulin therapy was prescribed to compensate for type 2 diabetes mellitus.

Male, 72 years old.
Suffering from type 1 diabetes mellitus since the age of 23 !!!!!!
At its age, folded has only:
diabetic retinopathy 1st stage, nephropathy at the stage of proteinuria, there are no data for chronic renal failure, diabetic seromotor neuropathy (the most pronounced of all complications). I couldn’t stand acute cardiovascular accidents (heart attack, insulin) !!
Conclusion: type 1 diabetes does not imply an “early outcome” (life expectancy can be as normal as in people without diabetes), complications can be prevented by satisfactory diabetes compensation.

Male, 48 years old.
History of acute pancreatic necrosis (acute inflammation – “melting” of the pancreas), which suggests the death of more than 70% -80% of pancreatic cells. Survived. He was discharged from the hospital on combined insulin therapy, later, within 8-12 months after an acute condition, he was completely withdrawn from insulin therapy, and for 3 years he has been receiving only pill form of PSSP.
Conclusion: there is always an exception from any statistics, pancreatic necrosis, which implies a high mortality rate and lifelong insulin therapy, is NOT a verdict yet!